Singer and comedienne Liza Pulman is about to embark on the final leg of her latest tour celebrating the life and music of one of the biggest names in show-business.

Liza will be joined by her six-piece band to celebrate her idol Barbra Streisand through her hugely successful and critically acclaimed five-star show. After completing the tour, Liza Pulman will return to comedy and head back to the stage as one third of satirical trio, Fascinating Aida. Liza is already busy writing material with her Fascinating Aida co-stars Dillie Keane and Adele Anderson. Their new show launches in December and runs for four weeks at the Queen Elizabeth Hall at London’s Southbank Centre, before the show heads on tour in Spring 2020.

Liza Pulman Sings Streisand will visit the Theatre Royal in Winchester on Sunday 3 November; Lighthouse in Poole on Thursday 7 November; Zeffirellis in Ambleside on Friday 8 November as part of the Inward Eye Film Festival; Grand Theatre in Blackpool on Saturday 9 November; and the Radlett Centre in Hertfordshire on Wednesday 13 November completed the tour dates.

The show features the legendary songbook of Barbra Streisand including The Way We Were; Don’t Rain On My Parade; Evergreen; You Don’t Bring Me Flowers; New York State Of Mind; Second Hand Rose; The Way He Makes Me Feel; and People.

Liza comes from a talented, traditional showbusiness family. Her father was screenwriter Jack Pulman, known for writing I Claudius and War and Peace. While her mother is actress Barbara Young, who has appeared in Last Of The Summer Wine, Coronation Street, and began in Theatre Workshop.

Liza’s musical theatre credits include Adrian Noble’s award-winning production of Chitty Chitty Bang Bang at the London Palladium with Michael Ball in 2002, and the UK tour of Doctor Dolittle with Philip Schofield.

In 2004, Liza joined the internationally renowned comedy trio Fascinating Aida – and 15 years later she remains one third of the act. Fascinating Aida enjoyed a sell-out week-long run at the Edinburgh Festival 2016 for which they wrote the post Brexit Youtube hit, We’re So Sorry Scotland. In December 2017, the trio regrouped for nine sell-out performances at the famous Spiegeltent in London’s Leicester Square with a programme featuring their infamous Christmas Song.

Liza Pulman commented: “I formed my amazing six-piece band a few years ago and we toured our first show, Songs Of Hollywood. The programme included Evergreen from the film A Star Is Born, and so many people told me I sounded like Barbra Streisand. I was so flattered – and it was something I wanted to explore further and celebrate. Barbra Streisand has been such a huge influence on my singing and on my approach to music. It’s been an incredible 18 months touring Liza Pulman Sings Streisand, a real honour and privilege bringing this legendary performer’s wonderful songbook to the stage once again. It’s been a very special experience and one I will always treasure.” 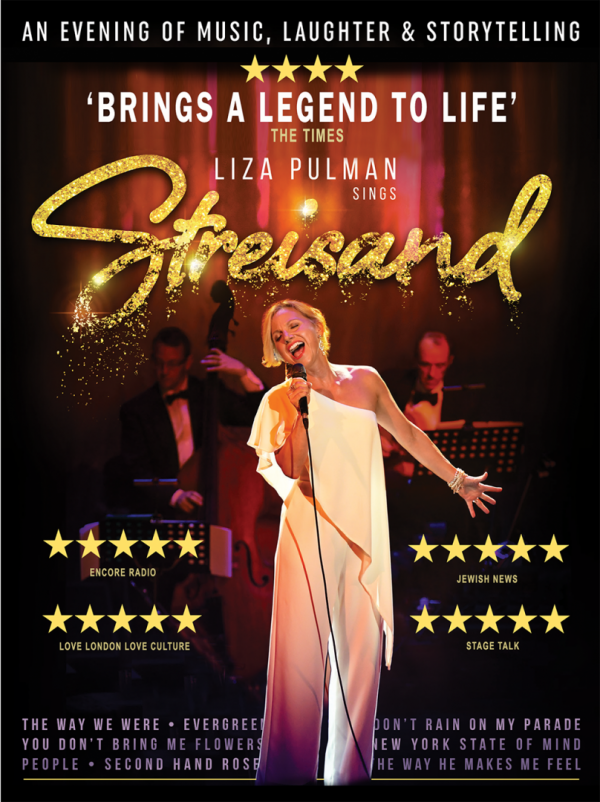