Pulman may look bright and beautiful and demure, but she knows how to wield a flick-knife

The love child of Neil Diamond and Barbra Streisand

Bewitches us with sheer vocal virtuosity and emotional expression

Liza Pulman is an acclaimed solo singer and comedienne and one third of the satirical comedy trio Fascinating Aida. She has an extensive career that encompasses music, theatre, comedy, writing and presenting.

Liza’s last show, Liza Pulman Sings Streisand played to sell out houses and 5 Star reviews at numerous theatres including London’s Cadogan Hall, Wilton’s Music Hall, Andrew Lloyd-Webber’s The Other Palace and a run at the Lyric Theatre on Shaftesbury Avenue, one of London’s oldest and most famous theatres.

Liza’s new show The Heart Of It has been postponed until April ’22 when it will make it’s London premiere at the iconic new Riverside Studios. Liza’s long awaited new album The Heart Of It , recorded at Peter Gabriel’s Real World Studios with veteran producer Chris Porter, is released on October 1st.

Autumn 2021 and 2022 will see her touring extensively with both her solo show The Heart Of It and with Fascinating Aida.

Pulman may look bright and beautiful and demure, but she knows how to wield a flick-knife
Clive Davis, The Times ★★★★

‘Quite simply, superb… Liza Pulman is a force of nature’
British Theatre ★★★★★

Liza’s varied career has encompassed music, theatre and comedy. Renowned for being one third of the British satirical comedy group, Fascinating Aida, Liza has also established herself as a unique solo singer and performer, re-discovering, re-inventing and re-imagining timeless classics as well as unearthing lost gems that have no business being lost!

Her connection to a song and to a lyric is what separates her from the crowd and takes her right to the heart of every ballad and every note that she sings and her connection to an audience is just as impressive as her myriad 5* reviews have all noted: it’s not just her flawless vocals but also her easy wit and natural story-telling that make her one of the most compelling performers of her day. 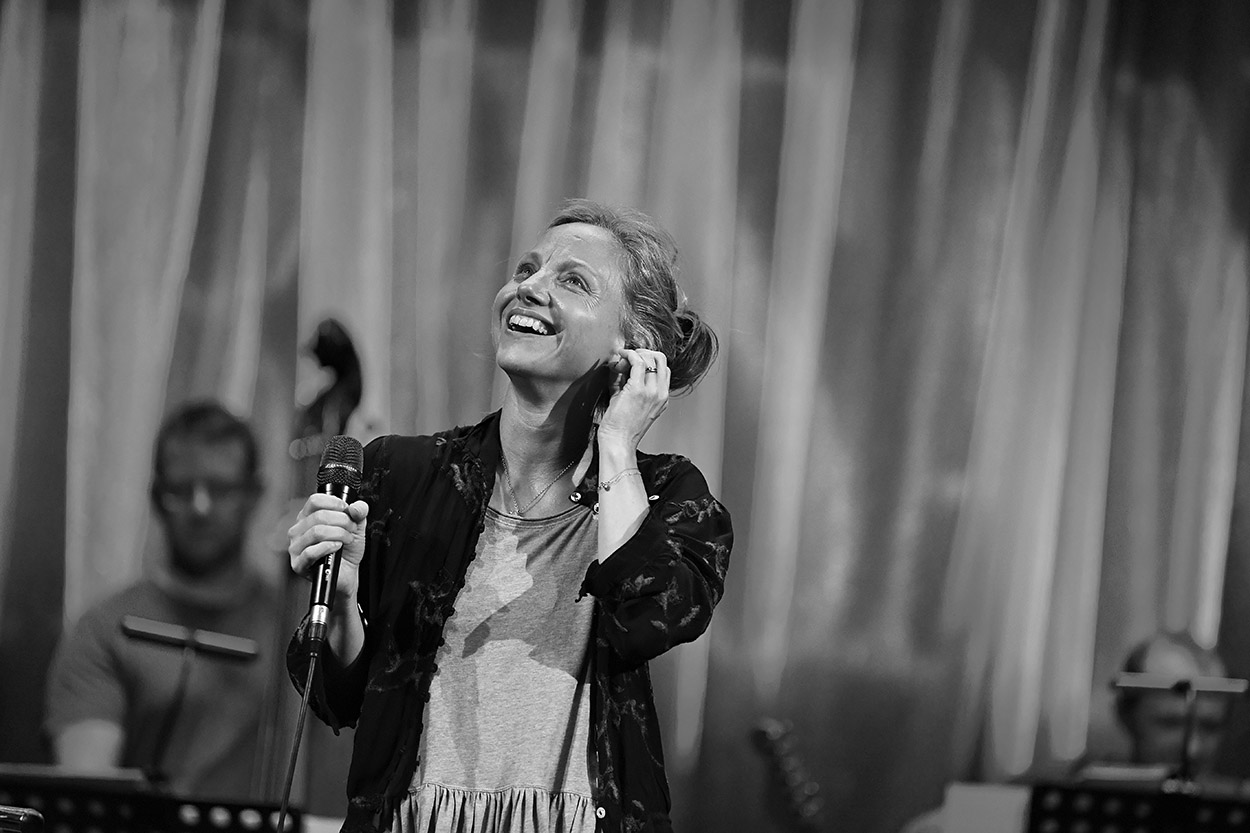 The daughter of the celebrated screen writer Jack Pulman
(I Claudius, War and Peace,) and the actress Barbara Young (Last of The Summer Wine, Coronation Street, Theatre Workshop) Liza’s upbringing gave her a huge knowledge and appreciation of theatre and movies and a deep love of the music of the 20’s, 30’s and 40’s, from where she draws a lot of her inspiration and it was inevitable that she would grow up to join the family business.

After training at the Guildhall School of Music and Drama, deviating slightly from show-business, she joined Glyndebourne Opera, enjoying roles in many of the globally renowned company’s leading productions. She also performed with the D’Oyly Carte and Carl Rosa companies playing the leads in operettas by Offenbach and Gilbert and Sullivan. 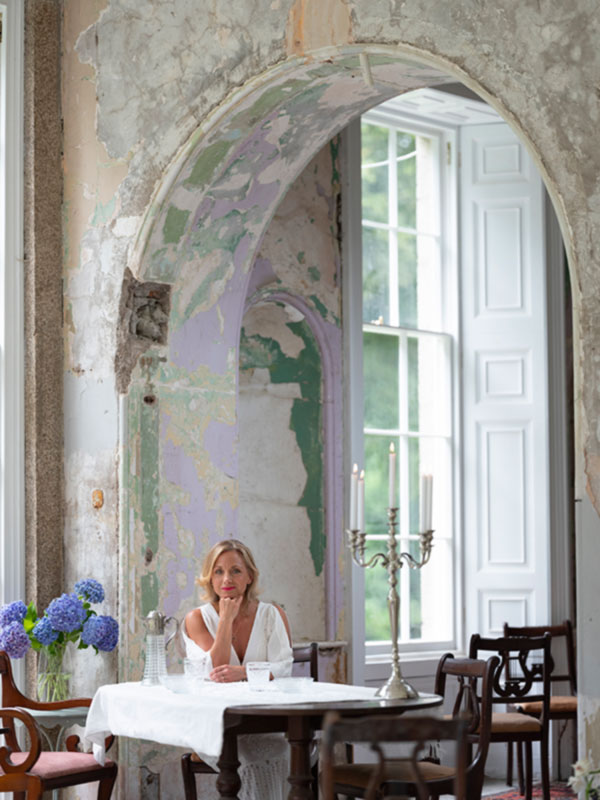 In 2004 Liza joined the internationally renowned and award-winning comedy trio Fascinating Aida and remains a member until this present day. Queens of the Edinburgh Festival, Fascinating Aida have toured all over the World and continue to sell-out theatres all over Britain.

With their viral You Tube hits Cheap Flights, We’re So Sorry Scotland and their now infamous Christmas Song, they have acquired a whole new audience and their material is sharper and funnier than ever.

As a solo artist Liza has collaborated with the brilliant Jazz pianist Gareth Williams on her show Liza Sings Harold Arlen. She also teamed with the legendary Brighouse & Rastrick Brass Band for performances of her Liza Sings Streisand show at the Liverpool Philharmonic Hall and other venues.

Liza tours extensively with her band with sell-out shows in London at Cadogan Hall, The Other Palace and Wilton’s Music Hall. In 2019, she took her acclaimed 5* show, Liza Sings Streisand, to The Lyric Theatre, Shaftsbury Avenue for a fabulously successful run of shows.

2021 sees the release of her new show and album The Heart Of It recorded at Peter Gabriel’s Real World Studios with esteemed record producer Chris Porter.

Following a record breaking four week season at London’s Queen Elizabeth Hall in 2020, Liza returns to extensive touring in autumn 2021 and throughout 2022.with her new show and with Fascinating Aida. 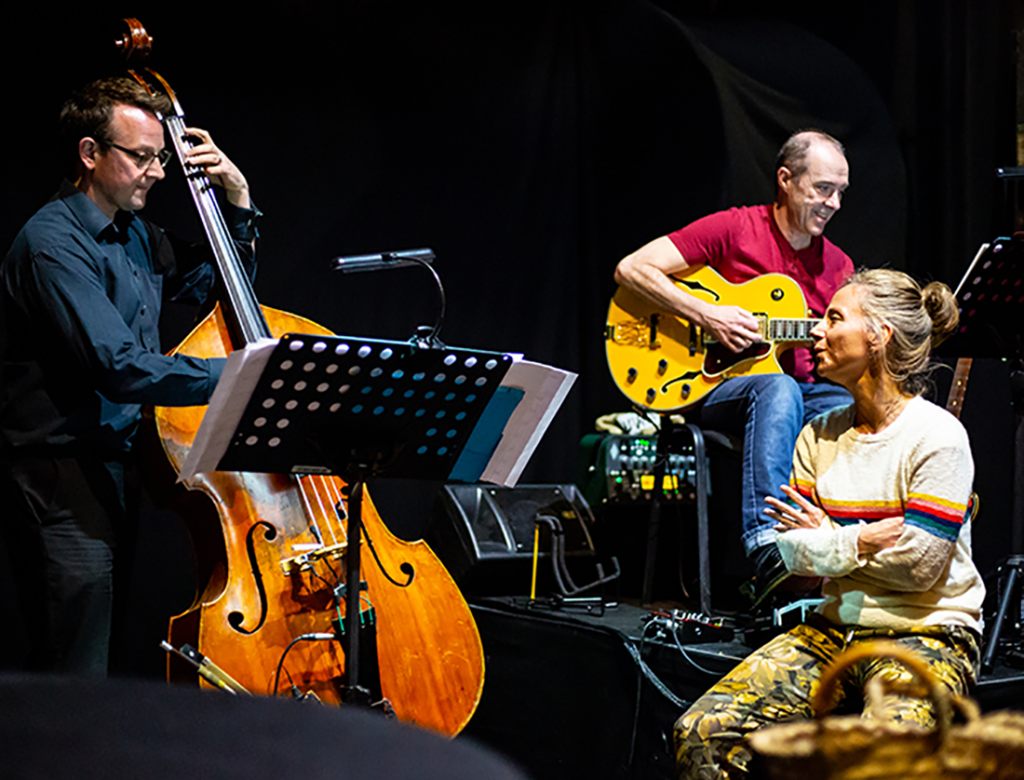